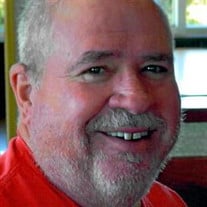 Albert (Al) Clayton Williams passed away at his home in Linden, MI, surrounded by family on September 1, 2020. Al was 70. He was raised in Colorado and graduated from the Colorado School of Mines with a B.S. in Geological Engineering in December... View Obituary & Service Information

The family of Albert C. Williams created this Life Tributes page to make it easy to share your memories.

Albert (Al) Clayton Williams passed away at his home in Linden,...

Send flowers to the Williams family.