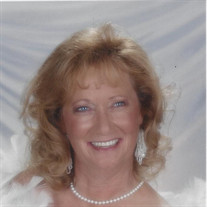 Barbara McCarthy-Moorman, age 61, of Burton, formerly of Holly, died Sun. July 27, 2014. Funeral services will be held at 2:00 PM Fri. Aug. 1, 2014 at the Dryer Funeral Home, Holly. Visitation will be from 2-9 PM Thurs. and from 12-2 PM Fri. Barbara was born in Holly on Dec. 22, 1952, the daughter of the late George and Genevieve (Van Fossen) Parker. She was a graduate of Holly High School, worked as an electrical inspector for the State of Michigan for 28 years, and was a member of Electrical Union #948. She loved her family, her friends, her job, and her pets, especially George and Rocket. She is survived by her husband Billy; 7 children, James McCarthy Jr., Michael Scott McCarthy, Angela McCarthy, Tamara Pugh, Andelyna Combs, Kerry McCarthy, and Jennifer Lowe; several grandchildren and great-grandchildren; 3 sisters, Joyce Daniels, Shirley Poff, and Harriette Blaine; 2 brothers, Dick Parker and Larry Parker; and special friend James McCarthy Sr. Memorial donations may be made to the Michigan Humane Society. www.dryerfuneralhomeholly.com

The family of Barbara McCarthy-Moorman created this Life Tributes page to make it easy to share your memories.

Send flowers to the McCarthy-Moorman family.