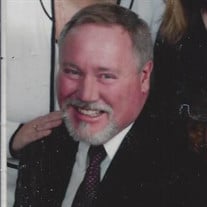 Daniel Lee Nash, August 8, 1955 – May 21, 2018. Daniel was born on August 8, 1955 to Ronald L. and Beverly A. (Hayward) Nash in Flint, Michigan. He graduated from Holly High School in 1973 and married former wife Laura Smith on June 8, 1974. They had two children Amanda Lynn and Matthew James. Danny as he was known to all that loved him was an avid fisherman and hunter. He loved boxing and was part of the Golden Gloves youth boxing as a teenager. Danny’s favorite sport was baseball and his favorite team was the Detroit Tigers. He enjoyed going to Comerica Park with his grandkids the past few summers to watch games. He was passionate about his family and was always a hard working provider. He was employed at Holly Spring Company along with his grandfather J.B. for many years. He then went on to be a four-slide operator, foreman and eventually plant manager for companies such as Spring Engineering and Black & Decker throughout his work career. He then opened his own lawn maintenance company in 1999, D&S Lawn Care where he operated it with his son Matt. He then expanded his services to hard scapes under the name Nash Landscape Services, where he also worked with his son-in-law Josh. He enjoyed being a part of his church family at Holly Presbyterian Church where he was a member since infancy and served on session as the property manager for a few years. He is survived by his daughter Amanda (Joshua) Banks, son Matthew Nash, Grandchildren Makenzie Jean Nash, Keaton Daniel Banks and Hadleigh Maeve Banks. Father Ronald Nash, sister Susan (Brian) Houghton, brother Douglas (Kimberley) Nash. Nephews and nieces, Jeremy (Kelsea) Houghton, Kelly (Joseph) Johnson, Kyle (Chelsea) Nash. Great nieces and nephews Ava and Jaren Houghton, Joey and Ella Johnson and Dalton Nash and his beloved dog Hunter. He was preceded in death by his brother Mark Nash, granddaughter Avnee Banks and mother Beverly Nash. A memorial will be held on Saturday July 14, 2018 at 11:00 am at Holly Presbyterian Church, Holly. Memorial donations may be made to the family through Dryer Funeral Home, Holly. His daughter and family wish to send special thanks to The Villas at Traverse Point, especially Danny’s favorite nurses, Deana, Sonya and Bethany. Also, a very special thank you to Hospice of Michigan for impeccable care during his last days. www.dryerfuneralhomeholly.com

The family of Daniel Lee Nash created this Life Tributes page to make it easy to share your memories.

Send flowers to the Nash family.