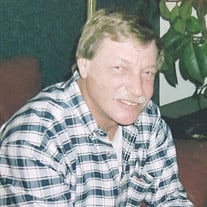 Donald (“Joe”) Boushelle, of Metamora, MI passed away peacefully on March 31, 2019. He was surrounded by his family at Flint McLaren Hospital. Joe was born on November 17, 1946. He was the son of the late Donald F. Boushelle and Tyyne Maria Olkkonen. Joe served his country courageously as an Air Force Pararescueman during the Vietnam War. He volunteered numerous times to extend his tour of duty and during his time there was awarded a Silver Star for Gallantry in Action. While stationed at Danang, Joe was sent on a mission near the A Shau Valley to rescue the survivors of six downed American helicopters. According to the citation, his helicopter took heavy enemy gunfire, which Joe returned with his M-60 machine gun providing cover for his helicopter and the survivors on the ground. Fully exposed to enemy gunfire and without regard to his own safety, he proceeded to assist the flight engineer in bringing the survivors onboard. He then rendered medical assistance to the survivors, saving the life of one U.S. Marine whose leg was almost severed. In addition to the Silver Star, he was awarded two Distinguished Flying Crosses and eleven Air Medals for his actions. He also served in support of the Apollo 11 lunar landing mission, where he helped retrieve the flight crew from the Pacific Ocean following their return to earth. After returning to Michigan, Joe worked for General Motors for his entire career. Despite his heroism, Joe was a kind, humble, and unassuming man. Joe is survived by his brothers Gary (Sharon) and William (Tonie), sons Joseph (Karen) and Jeremy (Vicki) and five grandchildren Celia, Marie-Genevieve, Vincent, Joseph and Vivienne. A burial ceremony will take place at Great Lakes National Cemetery in Holly, MI on May 10, 2019 at 10am. In lieu of flowers, donations can be made to the American Kidney Fund or Soldiers’ Angels.

The family of Donald Joseph Boushelle created this Life Tributes page to make it easy to share your memories.

Send flowers to the Boushelle family.