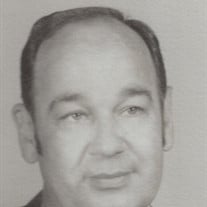 Florian J. Czurylo Obituary There will be a celebration of the life of Florian Czurylo on what would have been his 88th birthday on Sunday, May 4 at Seven Lakes State Park on Fish Lake Road north of Grange Hall Road in Holly from 2-4 p.m. in the Big 7 Pavilion, and a farewell memorial service with Veteran's honors at Great Lakes National Cemetery on Belford Road, Holly at 11:00 a.m. Monday, May 5. All who knew him are welcome to celebrate and to say goodbye among friends and family. Florian Joseph Czurylo was born on St. Florian's Day, May 4, 1926 into a loving Hamtramck Polish family to Katherine and Andrew, shared with beloved sisters Phyllis and Lillian. In his childhood, while keeping his native Polish he developed a life long love of English vocabulary, speaking both languages eloquently. His father worked hard and sacrificed to buy his son a trumpet, which Florian cherished his whole life. His grandson Alexander is now interested in learning to play it. Florian went to Cass Tech High School in Detroit for Music. Later he was in a jazz band and wore a zoot suit in the Triple Tonguing Trumpet Trio. He played Reveille and Taps daily in the Navy during WW2 where he served as a Signalman, which earned him much enjoyed culinary benefits in the military dining halls and at the captain's table. Always singing and full of humor, ease and sparkling joy, he both ate and sang with gusto. He deeply enjoyed his work in the Holly Area Schools for over 30 years first as a math and science teacher at Mable D. Bensett than as a guidance counselor at Sherman Middle School. He took a course out at the University of Colorado one summer for a credit he needed - later he was the only one on the teaching staff at the time who had any related course work when they needed a counselor. He fell into the job and ended up getting his Master's of Education degree from the University of Michigan in Guidance and Counseling. He felt very fortunate in looking back on this career. His presence was always so comfortable and comforting and he was so non judgmental and encouraging, truly believing the best in people, that it was a perfect fit and career for him. Florian also loved flowers, plants and gardening. As his summer labor of love, he owned and operated Fairlake Greenhouse nursery along with his Brother-in-Law Byron Paul Zink, a Horticulturalist from Michigan State, growing flowers which they sold at the Pontiac Farmer's market every Saturday for many years in the 70s and 80s. Florian planted thousands of trees throughout his life, mostly confiners and fruit trees and he enjoyed his Ginko Biloba and other exotics. His garden was abundant and filled with the best tomatoes. He was an expert mycologist. He hunted Morels and gazed at the stars. He taught fly fishing classes, bowled, and rode his Honda 750 for many years. In his personal life he was loved by a number of people who count him as an important influence, mentor and father figure in addition to his immediate family. He enjoyed living in Holly since the 1950s, spending over twenty years on a hill on Houser Road, then over thirty years on Tucker road, with Marian (Zink), his beloved wife of 57 years, who came to Holly for him when a position opened up where she worked as the High School’s Librarian from 1957-68. He loved his weimaraner Spook pan Pola very deeply and has remained loyal to Spooky for almost 50 years now. Florian was a deeply loving, fun and devoted father to daughters Susie and Sandy who feel honored and fortunate to have him as their father - they love and enjoyed him very much. Finally, grandchildren Alex, Ella and "Selenka" came around beginning some ten years ago who know and love him as Grandpa. Florian had many happy years of retirement and good health. He had a deep reverence for the sacred and loved the ritual, incense and Latin from his Catholic upbringing as well as the Episcopalian liturgy he married into as a member of St. John’s of Holly. He spent his later years continuing to play duplicate bridge , completing challenging crossword puzzles and reading. He spent many winters in Clearwater, Florida winning trophies playing shuffleboard. He enjoyed cooking shows and going to market. Florian lived happily in his home with Marian through Sunday, April 20, 2014 when he died suddenly and peacefully at home. Florian is deeply loved and will be missed. We are thankful for him. The family thanks the Holly community for all of their kind words and memories as reminders of all of the people he touched. The family requests that memorial donations in lieu of flowers should best go to the Holly School's Music program to assist students with lessons and instruments. Donations to the Florian J. Czurylo Holly Area Schools Music Scholarship fund can be made through the Dryer Funeral Home, 101 N. First Street, Holly, MI 48442 phone (248) 634-8291. The fund serves students in their musical development and honors Florian’s love of trumpet and song, teaching, students and the Holly Schools

Florian J. Czurylo Obituary There will be a celebration of the life of Florian Czurylo on what would have been his 88th birthday on Sunday, May 4 at Seven Lakes State Park on Fish Lake Road north of Grange Hall Road in Holly from 2-4... View Obituary & Service Information

The family of Florian Joseph Czurylo created this Life Tributes page to make it easy to share your memories.

There will be a celebration of the...

Send flowers to the Czurylo family.