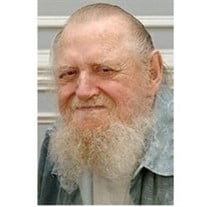 Smith, Herbert Dale, peacefully passed away January 18, 2022 at 4:52am at Beaumont Farmington Hills, MI surrounded by his family. He retired from General Motors as a forklift driver after 30 years of service. He was born in Pontiac, MI on February 20, 1944. Herb also served in the Army during the Vietnam War. He was the son of the late Ralph and Leatta Smith. He was proceeded in death by his grandson Troy Daniel Smith and his brother Glen Smith. He is survived by his wife Patricia (Pat) Smith, son and daughter James Douglas (Barb) Smith, Mary (Aaron) Ely-Smith, stepchildren Joy (Robert) Fredrick, Ann Schonken, Fred (Tina) Westerh. Herb and Pat also raised 3 grandchildren as their own Jamie Petty, Shelby Westerh, and Alex Westerh. Herb is also survived by his grandchildren Michael (Mary) Puckett, Heather (Jake) Wiechman, Christopher (Taylor) Smith, Jakob Ely, Avary Ely, Elijah Daniel Smith, and Brady Ely. Great grandchildren, Serah and Austin Puckett, Philip and Averieanna Wiechman, Samantha and Riley Mackey, Malakai and Nikolai Petty, Blair Avery Decker and Oliver David Smith. Herb enjoyed riding Harley’s and after his retirement from GM fulfilled his and Pat’s dream of traveling all over the country on his Harley. Herb built and programmed his own computer and enjoyed spending much of his free time on it. He was also an avid gun collector, enjoyed reading and spending time with his beloved family. Visitation for family and friends to be held on January 21, 2022 from 3-9pm at Dryer Funeral Home 101 First Street Holly, MI 48442. Burial to be held at a later date at Great Lakes National Cemetery with pastor Thomas Tengler officiating. In lieu of flowers family is asking for donations to be made to Veterans Affairs or The American Cancer Society. www.dryerfuneralhomeholly.com

Smith, Herbert Dale, peacefully passed away January 18, 2022 at 4:52am at Beaumont Farmington Hills, MI surrounded by his family. He retired from General Motors as a forklift driver after 30 years of service. He was born in Pontiac, MI on February... View Obituary & Service Information

The family of Herbert Dale Smith created this Life Tributes page to make it easy to share your memories.

Send flowers to the Smith family.