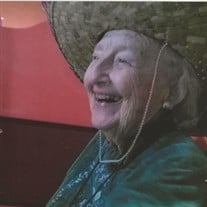 Loraine C. Phillips, 96, went to her eternal reward on January 12, 2022. She died peacefully at home with her son Tom at her side. Loraine loved her Catholic faith and was an active volunteer at St Rita’s in Holly, MI, just as she was early in her marriage at Our Lady of Refuge in Orchard Lake, and later at St. Andrew, her parish in Cape Coral, FL., where she was active in the Knights of Columbus woman’s auxiliary. She put to use her great talent for organizing to coordinate visitations to those in need of comfort in Cape Coral. In order to speed up making friends in their new state, joining the German American Club was an important step. This was a very important social step for Loraine. Loraine and Tom Phillips Sr. were married for over 60 years. He pre-deceased her on August 15, 2014, as did her daughter-in-law Kay in 2021, In addition to son Tom Jr., she is survived by her dear friend, Rodica Phillips. Tom Sr. & Loraine loved traveling on land and sea. World cruises, trips to Europe, Mexico and around the tip of South America were on their itineraries through the years. But for bad weather, they would have added Antarctica to the list. To “do it right” for all this travel, ballroom dance lessons were mandatory. Tom & Loraine both loved classic cars, especially from the 60’s and 70’s. Her favorite for a while was a 1970 Charger, but she “dumped” it for a 1970 Challenger when she won a trophy while driving the best 70’s auto in a Florida car show. Loraine played many roles in her long life. She worked at Oakland Community College as an administrative secretary/bookkeeper. She loved to read and belonged to various book clubs. Loraine inherited the “Kennedy Card-Playing gene”. Like all of her Kennedy siblings, she especially loved winning a game of pinochle, and later bridge. Loraine was born in 1925, into the Joe and Rose Kennedy clan that resided on the west side of Detroit in St Bridget’s parish. She was the sixth child of eight, but her passing marks the end of an era, as she was the last surviving Kennedy sibling, as well as the spouses who married into the clan. The old saying “they don’t make them like that anymore” could certainly be applied to sweet Loraine, husband Tom, and her deceased sisters (Rosemary & Pat), brothers (Greg, Dick, Ev, Gene & Tommy), sister-in laws (Marge, Chris, Marie & Rose Mary), and brother-in laws (Tom & Chuck). For over 50 first cousins in the clan, Loraine’s passing marks the loss of all their beloved aunts and uncles. These cousins, however, will carry on the family traditions in memory of their beloved aunt Loraine, all their parents, aunts and uncles. Loraine was the very definition of gentleness and kindness. Although she will be greatly missed, there is something beautiful about the closing of a story of a life well lived. A Memorial Mass will be celebrated at 12:00 Noon, Wed. Jan.19, 2022 at St. Rita Catholic Church of Holly with Father David Blazek Celebrant.

Loraine C. Phillips, 96, went to her eternal reward on January 12, 2022. She died peacefully at home with her son Tom at her side. Loraine loved her Catholic faith and was an active volunteer at St Rita&#8217;s in Holly, MI, just as she was... View Obituary & Service Information

The family of Loraine C. Phillips created this Life Tributes page to make it easy to share your memories.

Loraine C. Phillips, 96, went to her eternal reward on January...

Send flowers to the Phillips family.