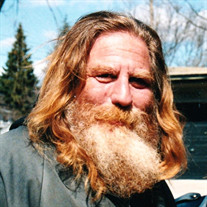 Paul “Grizz” Burnett, 62, of Holly passed away January 19, 2018 as a result of a long battle with cancer. His wife by his side, holding his hand, when he peacefully drifted off to be with the Lord. Paul was born to Barbara and the late James Burnett in Washington D.C. on July 17, 1955. He was an operating engineer and was proud to have worked for the IUOE Local 324 for over 30 years. Paul fought a valiant battle and continuously optimistic, funny, hardworking, ever smiling and unwaveringly positive. He did not complain, feel anger or resentment for his situation and always said “Everyone has to live with the cards they are dealt, I just didn’t get the Royal Flush.” Paul and his wife Barb, fought together every step of his journey and won many battles but ultimately lost the war. “Grizz” spent a great portion of his life with his coworkers, primarily working for Dan’s Excavating. Many of whom are not only lifelong friends, and to “Grizz”, extended family. He enjoyed riding his motorcycle and spending time with his family. He unselfishly participated in two clinical trials at the University of Michigan Cancer Center, these not only extended his life but also provided unprecedented results that are currently being used to develop a new protocol for treating cancer possibly providing life saving treatment for others in the future. Paul “Grizz” is survived by his loving wife and partner Barbara Burnett of Holly; his mother Barbara Burnett and sister Jo (Mike) Panas, of Englewood Florida, his daughter Crystal Burnett, son Paul Burnett II (preceded in death) and son Tommy Burnett of Maryland, his step-children Brandon (Rachelle) Yarbrough of Grand Blanc, Robert (Starr) Yarbrough of Vilsek Germany, Jacob Yarbrough of Hazel Park and Kayla Schult of Dodgeville, WI. He also leaves 10 grandchildren, one great-grandchild and many beloved relatives, and a host of friends. Visitation will be on Friday January 26th from 2-5 and from 7-9. The funeral will be held at 11:00 am on Saturday, January 27th at the Dryer Funeral Home in Holly, Michigan. No ceremony will be performed at Lakeside Cemetary in Holly where he is to be laid to rest. In lieu of flowers, the family asks that you consider donations in his name to the Salvation Army and DAV (Disabled American Veterans). A wake will immediately follow the funeral at Johnny’s Bar attached to Holly Lanes on Grange Hall Road in Holly. www.dryerfuneralhomeholly.com

Paul &#8220;Grizz&#8221; Burnett, 62, of Holly passed away January 19, 2018 as a result of a long battle with cancer. His wife by his side, holding his hand, when he peacefully drifted off to be with the Lord. Paul was born to Barbara and the... View Obituary & Service Information

The family of Paul S. Burnett created this Life Tributes page to make it easy to share your memories.

Send flowers to the Burnett family.