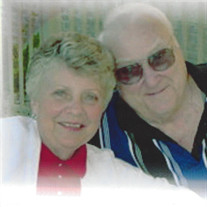 SHIRLEY (LINDERMAN) CAMPBELL Shirley Campbell of Holly died Saturday, June 6, 2015. She was 80. Born on May 16, 1935 in Grand Ledge, MI, Mrs. Campbell was the daughter of Birdie Moyer and Cecil Linderman. After finishing high school, she married Donald Campbell, and moved to Holly in 1957. Eventually, Mrs. Campbell returned to school, obtaining an Associate Degree from Oakland Community College, and a Bachelor of Science in Accounting from Oakland University. Utilizing her accounting degree, Mrs. Campbell built a 35-year career working for companies like Sutter Products of Holly, and Yankee Department Store of Flint. In addition to working fulltime, Mrs. Campbell put her heart and soul into the community of Holly, both as a longstanding member of Holly Area Youth Assistance where she spent many years as a board member, and as a member of the Holly Village Council. During her 20-year tenure on Council, Mrs. Campbell worked tirelessly on matters that protected the health and safety of community residents. Whether it was ensuring water quality and environmental protection for the community, or promoting the village’s police and fire departments, Mrs. Campbell thought it and honor and a privilege to serve the residents of Holly, and considered those she knew to be an extension of her own family. In her spare time, Mrs. Campbell was an avid golfer, enjoyed animals of all types, and spent countless hours waterskiing and camping with family and friends. Mrs. Campbell is survived by her two daughters, Pam Sawyer of Port Huron, and Jackie Campbell of Holly; two half-brothers, Vernon and Michael Linderman of DeWitt, MI; three grandchildren, Wayne McNamara of Grand Blanc, Nicole Farley of West Virginia, and Matthew Campbell of Port Huron; two great grandchildren, Evan and Scarlett McNamara of Grand Blanc; many nieces, nephews and friends. She was preceded in death by her parents, two infant brothers, and her husband. A Memorial Mass will be celebrated at 11:00 AM Thurs. June 18, 2015 at St. Rita Catholic Church of Holly, with Father David Blazek , Celebrant. www.dryerfuneralhomeholly.com

SHIRLEY (LINDERMAN) CAMPBELL Shirley Campbell of Holly died Saturday, June 6, 2015. She was 80. Born on May 16, 1935 in Grand Ledge, MI, Mrs. Campbell was the daughter of Birdie Moyer and Cecil Linderman. After finishing high school, she married... View Obituary & Service Information

The family of Shirley Campbell created this Life Tributes page to make it easy to share your memories.

Send flowers to the Campbell family.